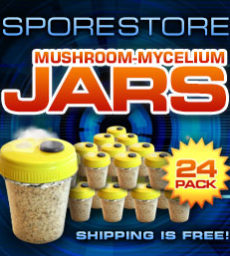 Mushroom Grow Jars INCLUDES shipping to anywhere in the USA, INCLUDING Alaska and Hawaii.These substrate containers WILL NOT break in transit because they are made from tempered, High-Density Poly-Ethylene, NOT GLASS.

These miniature mycelium factories contain a volume of four ounces, which provides for the FASTEST colonization available in any known substrate container available today. This product also ships PRE-STERILIZED and are ready for your inoculation. Each Mycelium-Jar comes fortified with added minerals and PEANUT-MEAL NUTRIENT for larger, faster-growing, and healthier mushrooms.

The Mushroom Mycelium that this product incubates is amazingly healthy and eminates from growing your favorite edible grain loving mushrooms. Give these Mushroom Grow Jars a try, you’ll love them!

CAUTION: These Mushroom Grow Jars are capable of growing Psilocybe Cubensis mushrooms species like Golden Teacher and Hanoi and it is not advised by SporeStore.com for anybody to do so unless legally licensed by their local agricultural or research authorities.  These mycelium containers are sold only for growing pleurotus edible mushrooms. 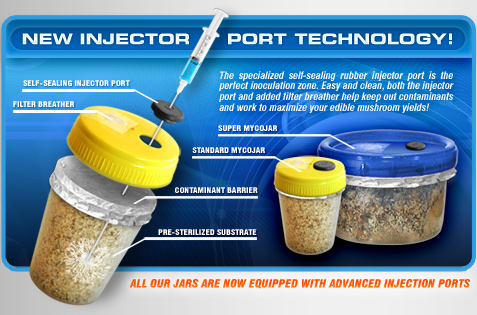 A 2011 study found that more than a year after participants had a single psilocybin experience, their self-reported measures of openness remained significantly elevated, which researches in this study and beyond attribute to a somewhat mysterious but powerful aspect of a mushroom trip: the mystical experience.