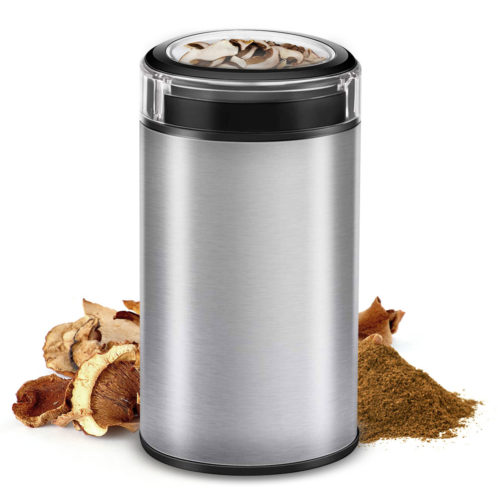 *Grinder may be a different color than the one shown in the photo.

Use the Electric Mushroom Grinder for all your grinding needs. Perfect for pleurotus, psilocybe cubensis, mushrooms and shrooms. With a strong durable motor, stainless steel blades, a grippable surface and compact modern design, this grinder is the perfect accessory for the mushroom microdose aficionado.

Simply press the lid down for a few seconds to precisely control the degree of grinding. Through the transparent cover, you can observe the grinding process and get coarse or fine mushroom powder. This is the best machine to pulverize, powderize and capsulize your beauties.

Golden Teacher Spores magic mushrooms are easy to grow.  Check your local mushroom growing laws.  Growing mushrooms for identification and taxonomy purposes?  We have your spores!

Be the first to review “Electric Mushroom Grinder” Cancel reply