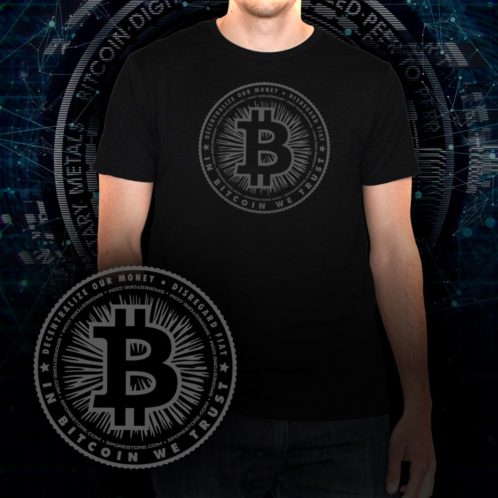 These shirts only come in size Large for now.  Represent and show those around you how you feel about bitcoin and shrooms.  Enough said. This teeshirt or t-shirt shows your loyalty to both shrooms and Bitcoin!

Bitcoins can be used to buy merchandise anonymously. In addition, international payments are easy and cheap because bitcoins are not tied to any country or subject to regulation. Small businesses may like them because there are no credit card fees. Some people just buy bitcoins as an investment, hoping that they’ll go up in value.

Be the first to review “Bitcoin SporeStore Tshirt” Cancel reply